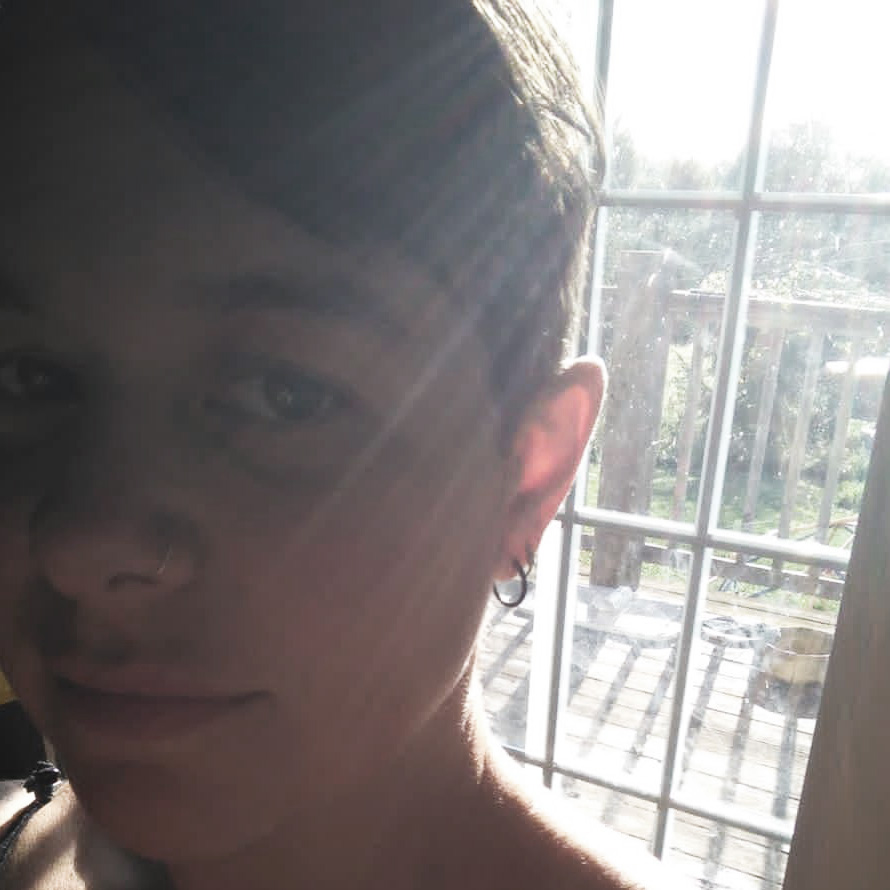 I’ve been thinking a lot about gender lately; about being misgendered as a child and how it’s impacted my life, about gender assignment or pronouns in public spaces. I consider myself agendered or non-binary and use them/they or she/her pronouns when people bother to check, which is rare. This year I’ve tried to shorten my name from Kelly to Kel, which feels more gender neutral and a better representation of who I am as a person (as much as one’s name might define their personality).

I really spend too much time going back and forth; a societal gaslighting that constantly makes me wonder if I’m making a big deal about nothing. But I know who I am, and that’s someone who doesn’t fall into the social constructs of what it means to be a woman. While I’ve known this since I was a kid, I didn’t come to understand it until I was in my 30s, probably about 10 years ago.

The back and forth is a bit exhausting. Sometimes I feel like I need to be more androgynous to really be an “enby”. Sometimes I feel like I’m supposed to hate my body because it’s curved, after it has taken me years to learn to love it. Sometimes I think I’m supposed to be more firm with my pronouns and correct people when I’m misgendered but I already have a lot of social anxiety. All this thought recently has led me to a personal understanding of why I don’t have to do any of these things to be a valid non-binary person.

And it’s funny because it wasn’t until my long-haired five year old son started getting misgendered for me to understand why we even bother with things like pronouns or androgynous clothing. People treat others fundamentally different based on their gender. They see a little girl and assume she’ll be mild mannered or shy. They see a little boy and assume he’ll be loud and aggressive. Someone asked him if he was going to be a princess for Hallowe’en yesterday and I laughed told them he was going to be a zombie. (I later told him that it was because he had such beautiful hair, and offered to do him up a last minute princess costume to which he declined with a cheeky grin.)

When I use them/they pronouns, it’s simply so that you’ll understand assigning culturally gendered traits to me would be wrong. Calling me “sweetie” or “beautiful” or “ma’am” would be inappropriate and in fact does make me feel incredibly awkward. I don’t speak for everyone in the non-binary galaxy, but for me, presenting as my chosen gender is simply a cue for how I want to be treated in the society. And fuck, wouldn’t it be amazing if we NEVER assigned those traits to people before meeting them and understanding if they were appropriate on a person by person basis? Pronouns, clothing, haircuts, and such are there to help us present as ways that will allow us to be better understood as people.

And now that I’ve spent that last two years considering who I am as a person and how I want to present in the world, I recognize that I’m not too worried about being misgendered anymore because I have enough confidence as a person to know who I am without needing validation from other people. This is huge. I don’t think I’ve ever had that before. So I don’t need to pretend to be a woman anymore, nor do I need to try and present as more manly or androgynous. I can just be me.